Having been heavily entrenched in this industry for the better part of the last 4 years, one of the most interesting themes I keep running across are the outright illegal actions of the US Government, and how various agencies, offices and departments operating under its umbrella continue to get away with or justify their use of Black-Hat hacking in “law enforcement” and/or “national security.” What I mean to say is that in accordance with the Computer Fraud and Abuse Act, any unauthorized access to another persons devices, online accounts or computers is a felony. Quite literally, that’s the law -at least if you are a US civilian, that is.

It is also a generally known fact that many, if not most of the worlds most dangerous hackers work directly for various Governments – including here in the US. In fact, you might recall a 2016 documentary by VICE News entitled “Cyber War,” in which a current NSA contractor accounts his first day at work, explaining how he was sat down in front of his computer and told by his supervisor nothing more than “go be a hacking God.”

In that spirit, you might also remember how the FBI had to lobby Congress to pass new Amendments to Rule 41 after their investigations into PlayPen was ruled unconstitutional and illegal, allowing pedophiles to walk free? Or remember when the FBI payed Celebrite to hack Apples iOS in 2015 after the company declined to unlock their devices? Or when the FBI payed another 1 million dollars to develop an exploit to Tor? How about the fact that, under Barack Obama, the CIA was caught illegally wiretapping Angela Merkel and other US allies in Europe? Remember when the CIA hacked the FBI’s biometric databases while the FBI was actively engaged in a lawsuit for keeping this data secret from the US public? How about when the Russian Shadow Brokers stole illegal hacking tools and exploits from the NSA before selling them online? Or when Wikileaks released the contents of Vault 7, exposing dozens of illegal hacking tools and exploits used to conduct cyber espionage operations around the world and here in the US?

My point here is, our Federal Government is completely illegal and out of control – operating with absolutely no accountability or oversight whatsoever, breaking the same laws that they use to govern society. Not only have these agencies gone on to loose control of the very illegal hacking tools and exploits they’ve secretly manufactured, but they have also landed these tools straight into the hands of some of our countries greatest enemies – jeopardizing our very National Security because of our own reckless ambitions to “Clandestinely” ‘hack the world.’ 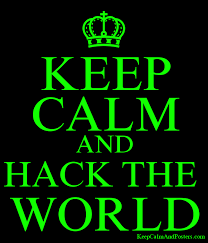 To this effect, the American Civil Liberty Union (ACLU), Privacy International and the University at Buffalo Law School’s Civil Liberties & Transparency Clinic have recently just filed a class action Freedom of Information Act (FOIA) lawsuit against 11 US Federal agencies and department over what they deem to be their use of “legalized hacking” against US citizens. Officially filed in a District of New York court room on December 21st 2018, at the very least, the lawsuit hopes to discover what exactly the US Government’s logic is for carrying out so many hacking operations here in the US, knowing full well their actions would be considered felonies if anyone else in public did the same things. They also hope to uncover the methodology through which the Government goes about selecting targets and what safe guards, if any, are in place to prevent abuses.

According to a joint press release posted to their website, the ACLU explains that “the lawsuit demands that the agencies disclose which hacking tools and methods they use, how often they use them, the legal basis for employing these methods, and any internal rules that govern them. We are also seeking any internal audits or investigations related to their use.” The US Federal Bureau of Investigation, Drug Enforcement Agency, Department of Justice, Department of Immigration and Customs Enforcement, Border Control, Internal Revenue Service, Secret Service, Office of the Inspector General, Department of Homeland Security, and Department of Treasury are all implicated in the lawsuit.